If I could go back in time, I’d probably argue that whole ridiculous coffee cup thing. But aaaaat the tiiiiime I took it in. I was confused but I took it in. Also apparently when you’re “listening” to the other actor and don’t have much ‘action’ going on, having your arms glued to your sides is the most natural thing you can do when you don’t know what else to do. Okay then. So I did that. Whenever we made a mistake, we’d have to start over. But it was done in a way that made me feel frustrated and embarrassed. The whole classroom was set up like a stage, so you have all these other students staring at you as the teacher is telling you you’ve done something wrong, try it again. I mean it could be a lot worse, he could’ve been insulting. But it would’ve been nice if we got a more detailed response as to what we could do exactly to help NOT make those mistakes. Making me feel dumb about it doesn’t really help. It wasn’t just me. It made me feel uncomfortable watching other actors being critiqued for their acting choices. You could just see the humiliation burnt onto their face. And I know you’re all thinking, how are you going to learn if you’re not getting critiqued? It’s all in the WAY the critiquing is done. It has to be constructive! And while the teacher meant well, I don’t think he realized how condescending he could come across.

What bothered me the most is the lack of feedback when it came to HOW the lines were being said. I remember my acting partner having the most annoying speech pattern. He would literally say his lines the exact same way, with the exact same tones and inflections each time. Talk about monotony. There was no connection whatsoever.

(GET THAT CAMERA OUTTA MY FACE!!!)

So come week 6, we were ready to put it on film. Where for each scene, a student would volunteer to do the filming. The first take would be on you, the second on your partner. Lovely. It’s always nice having one of the students shove a camera in your face. It’s just different when you’re on set and there’s a camera on you (usually somewhat stationary) handled by a professional versus trying to act in a somewhat confined space with a “camera man”/student moving awkwardly around you (SO distracting) and your scene partner, sticking a camera all up in your grill. Not to mention the classroom was set so that the living room “couch” was literally facing the “audience”. At least on a set where you’re facing an audience or crew, there are usually cameras and directors and lights in the way. Nope. This was just…all clear. I see you, you see me. Awesome.

And no, it’s not anything like theatre. I like theatre. I don’t mind theatre. When you do a theatre production, you get to be on a stage, the audience isn’t usually eye-level to you (note: usually) and there are bright lights and there’s more space and doing a theatre production you EXPECT there to be a crowd people somewhat in front of you. But in a medium sized classroom with like 10 faces staring right at you at close proximity while someone waves a camera in your face? No thanks.

TO TOP IT ALL OFF, we had to playback our videos on a TV monitor riiiight afterwards. Nice. So now I have to watch a close up of my face under unflattering lighting AND get critiqued in front of the entire class. Again. How fun.

The studio also encouraged substitution as a means of feeling an emotion. What that means is using some sort of relatable memory in your personal life to play the character’s emotions. For example, my character was meant to feel guilt. So I spent 20 minutes relaying personal information about my life (for the craft, you know) about the things I’ve done that made me feel guilty. For the first time in a long time, I cried. I admit, it was rather therapeutic and so naturally I thought it was amazing. Looking back at it, it was terrible of them to do that. I believe. I know there are people who believe in substitution. I don’t. First of all, it’s potentially emotionally damaging. Second of all, when you over-use a memory it loses its emotional impact over time any way cause like everything else in life, we get conditioned to things. So what are you supposed to do when that memory no longer affects you that way?? Also, how are you supposed to stay connected with the other actor if you’re busy thinking about your own memories in your own life aka being in your head. It’s selfish.

Okay. Clearly, I had a lot to say about that. But I mean the funny thing is, I stuck around that studio for like 6 months because I didn’t know any better. I knew I felt uncomfortable, I knew I wasn’t quite keen on a lot of the techniques and exercises. I didn’t feel safe with the teachers or students. It didn’t feel like I could just be or make a huge fool of myself. I felt very guarded the entire time. And yes, that partly had to do with me and who I was as a person, but a good teacher should be able to inspire and bring you out of your shell. They’re supposed to guide you and make you feel comfortable, to help you grow. I got none of that. I mean, sure I got some good really good feedback and I did get a couple pointers here and there that’ve stuck with me. Mostly they’re now things I know NOT to do or that just aren’t right for me. Everything felt very stuffy and over-analyzed, over-rehearsed, without enough constructive feedback. Wasted time playing theatre games and doing “connective” (but not really) exercises instead of teaching us how to just ACT.

I’ll be honest, after all of that, I was kind of scarred. Apprehensive. It reaffirmed my initial feelings of the classroom environment not being for me. I was hesitant to drop more money on new classes at a studio I had no idea whether I’d like or not. Every studio seemed to have such mixed reviews online. Maybe I was better off to just keep learning by doing. Not knowing any better, I kept doing the things they taught me. Looking back, it made for some very mediocre work.

Fast forward 6-8 months, and by some random chance of fate I was introduced to my acting coach now. And you know what? I haven’t looked back since. Even during that first audit (yes, she makes ALL new students audit before deciding on joining her class- WHAT A REVELATION!!) there was something different about her class. First of all, everyone was so warm, professional and very clearly serious about their craft but there was still a very relaxed feel to it. It was very natural, there was lots of joking and bantering. The beginning of the class was dedicated to general chit chat, a time to tell the class about any updates, things happening in their lives etc. not pointless, ridiculous ‘voice & movement’ exercises.

Then after they were done catching up, it was straight to business. Get centred and just act. Just be present, stay grounded and get into that headspace, then let it play. No prior rehearsals besides running lines with your partner before class. A lot of focus and constructive criticism was put on quality of voice, body positioning, energy, listening/connective-ness, being present/out of your head and just being!

If in the moment you are inclined to clutch a coffee mug, THEN YOU CLUTCH THAT COFFEE MUG.

As long as it’s not contrived and just comes from the moment. Then the latter half of the class is dedicated to practicing a cold read, while staying connected to a scene partner, and that script is then the scene you’ll be performing the next week. We also have a week dedicated to on-camera auditions. All bases covered in one place?

What? You only spend a week on scenes? And you know what? I’ve done and seen some of the best acting work since. Over-analyzing and being overly technical and over-rehearsed with it is so yesterday’s news. Plus, if you really think about it, a lot of the time actors only get their scripts a couple of days in advance, if not the night before shooting or an audition.

This class felt safe to me, which has allowed me to grow immensely creatively and emotionally. Don’t get me wrong though, this coach is a fucking hard ass. She yells, she’s blunt and will stop your scene and tell you that you’re doing shit wrong. BUT then she’ll tell you how to fix it. And her intentions are good and her methods actually make SENSE to me. The whole class vibrates with warm, creative energy the second you walk into it. And since then, I’ve grown tenfold, twentyfold as an artist.

I’m not saying the previous methods of teaching were wrong. They just weren’t for me. At all. I’m sure there are a ton of people who love that studio. I’m sure. Whether or not they churn out talent is debatable. Most people I meet now have nothing but negative things to say about them. I mean, to each his own though. I will say this though, since I’ve left, they’ve lost all their teachers (dispute with the owner/founder/master teacher) and have had to completely revamp. That kind of says something.

The best thing I did take away from that first studio is all the the actor/acting stories and industry casting director tips we got. They were all quite amusing and informative. I mean the teachers were really cool people! Just…maybe not the best teachers in the studio that they were at. But despite all that, it was just not worth the 6 months I spent that cost me well over a thousand dollars. I didn’t know any better. I was sticking it out, trying to force myself to conform and get used to this class because I figured this was just the way it was, and I’d have to get used to it.

So here’s my piece of advice: trust your gut. If something feels a little off about the method, the teachers, the students (their attitude is highly influenced by the teachers in charge) or the class atmosphere in general, don’t stick around. Don’t waste your time and money. Don’t ever think that that is the ONLY way to go and there must be something wrong with you cause it doesn’t work for you. There are plenty of other studios and teachers out there with different vibes. Unfortunately there are a lot of bitter and negative teachers out there though, you just have to weed them out. But don’t give up until you find one that provides you with an environment that helps you grow and lifts you up.

You won’t regret it. Hope this helps.

“None of my friends took me seriously. I came home and announced, ‘I’m going to move to New York,’ and they were like ‘OK.’ Then when I did, they kept waiting for me to fail and come back. But I knew I wouldn’t. I was like, ‘I’ll show you.'”

– Jennifer Lawrence (Award-winning Actress; holds record for youngest performer to have been nominated for an Academy Award three times)

– Jennifer Lawrence (Award-winning Actress; holds the record for youngest performer to have been nominated for an Academy Award three times) 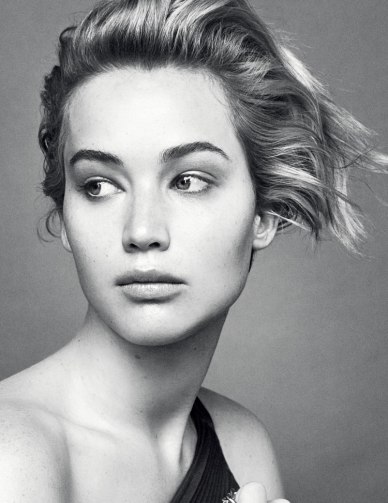