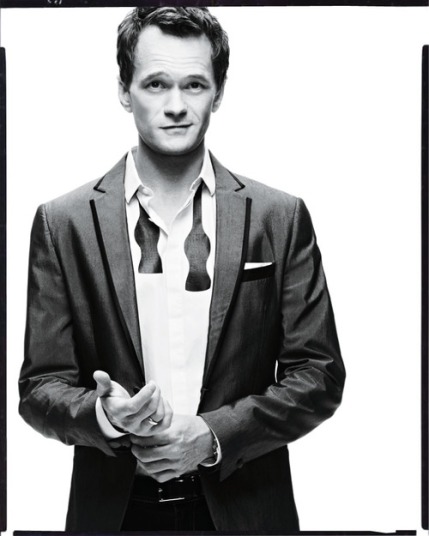 Every role counts. I hate it when actors think they are too good for something..unless it is downright, undeniably awful- and even then, there’s no need to be rude about it! I’ve spoken to an actress who goes to auditions she doesn’t want just for the “practice” and prays she doesn’t get the role. How egotistical! I also know an actor who will ONLY go for leading man parts. Yikes. Acting is hard enough as it is without closing doors before you’ve even had a peek through the curtains.

On the other hand, I have also met directors and writers with their heads up their asses who think that actors are disposable puppets and that everything that comes out of their mouths is made of gold. Barf. But that’s for another post some other day…

From how I see it, every set or stage you work on is a potential for you to network and sharpen your skills. No matter how big or small the production and how big or small your part is. There’s always something to learn- either from the people around you or from the experiences you gain and mistakes you make.

And you never know, someone somewhere may just remember you and give you a job somewhere else down the line. Trust me. It happens. A lot.

I had an indie audition today that I was going to bail on because I’ve been rather ill for the past few days. I woke up, contemplated going, printed off and went over my sides, then decided fuck it and sent off an email asking to reschedule. But with auditions coming to a slow as of late, I got this nagging feeling I just couldn’t shake. I knew I’d kick myself once I felt better for not going. So I said EFF IT again, popped a bunch of Advil and decided to suck it up.

So I went. Luckily I knew the CDs on this project, which is always nice when you have that established rapport. Though, of course, it doesn’t really help me feel any less nervous!! Nerves are good for you though. Assuming you retain control over your voice and trembling, that is. Sometimes your grasp of the English language just miraculously disappears in the audition room..

Anyways, I was determined to go in and do my best. Then at least I could leave knowing I TRIED and have no regrets over my performance. Sometimes when you think something’s gone terribly, it turns out they loved it! I firmly believe in the quote that you miss 100% of the shots you don’t take.

I don’t know if I killed the audition, or did mediocrely. I don’t know if they liked me or not, or if they were just being nice cause they kind of know me. Or if I even interpreted the character how they had envisioned. But I do know that if I’m not right for this character, then hopefully I’ll be right for a different/new character they might write in the future in this or another project.

There will always be more opportunities. Never forget that. No matter how off you are feeling, whether or not you really connect with this character or not. Do your absolute best, make no excuses and leave it all in the room.

P.S. Ryan Gosling believes in you.

P.P.S. If you’re sick to the point where you can barely speak or think, or are puking…best you stay home. Your agent will understand, and everyone in the room will thank you for it. Don’t be a hero!!

I’m sure most of you already know this, but for those of you who don’t, this is one worth remembering.

DO NOT CONSUME CAFFEINE BEFORE AN AUDITION.

And this is coming from a girl who can fall asleep after a strong cup of Joe. I know it smells so good and it’s so tempting in the morning, especially if you’ve had a long night or week. But to be honest when it comes time to it, the adrenaline from auditioning will be enough to energize you through your audition without the additional help.

See I’ve found that this miraculous thing happens before an audition..where any trace of caffeine in your system will somehow find its way to make merry friends with your nerves. The end result? Disastrous. And no amount of in the world is going to save you from that situation.

The immediate energy you give off when you walk into the audition room will be: crazy, jittery, nervous, all over the place. Whereas, of course, you want to go in calm, collected with high but steady energy.

You end up tripping over lines because your lips can’t catch up with your brain, or vice versa.

OR nailing your lines…at the speed of lightening.

The only time I would recommend it is if you’re going in for a sitcom-y role. Then have it all you like. I personally still wouldn’t do it though. But that’s just me.

And there you have it.

Do you have any funny over-caffeinated/over-excited audition stories to tell?

I’d love to hear them.

I’m what many would consider still very “green”, although not completely useless (or so my mom says).

In the past year and a half, I would say I’ve accumulated quite a fair amount of knowledge within the industry through personal experience and learning from others around me who have been in the industry for quite some time. During this period, I’ve also added 21 indie and student film credits to my resume. All speaking, non-background roles.

This is my way of learning by doing, which I prefer over spending 4 years at theatre/film school. It is my opinion that in most cases, schools tend to suck the creativity and fun out of the arts- not that it doesn’t have plenty of its own merits. It’s perfectly okay if you disagree!

Currently, I am attached to 2 ongoing low budget indie projects, with particularly high hopes for one of them (fingers crossed). So all in all, I’m not doing too badly for someone who’s only been at it for such a relatively short period of time but there’s still a lot for me to learn and a lot I haven’t experienced.

When people ask me why I got started in acting and film, the cynical side of me assumes that they are expecting a vapid, shallow answer because nobody takes aspiring ‘actors’ seriously. Whether that is true or not, there’s still a sense of discomfort I feel when asked that question because I feel I am more likely to give an inadequate, generic answer than give the long-winded but personally meaningful answer that they probably don’t care to hear. However this is my blog, so I can type as I please!

As a child, I was extremely creative and sensitive even though my environment wasn’t the most nurturing place for either of those traits. I’ve always been the type to get lost in stories, be it on screen or in the form of novels- I was obsessed with all mediums of story telling and the art of creating new worlds. I have also always been very self-aware, self-reflective and have a deep-rooted interest in how people work, why they do what they do, understanding their motives and emotions with the propensity to people watch for hours on end- hence why I also almost chose to go into the field of psychology. I’ve written almost all my life- they say that writers are actors who are just too shy. Well, I used to be shy and consciously worked on out-growing that trait for years…and before you know it, ta-da! An actor was born.

Now that all of that has been said and done, these are my goals for the next year:

– Audition MORE for everything I can get my hands on
– Attend more workshops and networking events for actors
– Get new headshots (ones that I like this time so as to not waste $500 AGAIN- more on that another day)
– Put a bomb ass demo reel together (maybe I’ll post a list of potential scenes in another entry)
– Score one of the city’s top agents/agencies (I don’t care about rosters and agency size, I care about clout and whether the right working chemistry is there)
– Take up a bunch cool new hobbies to add to my “skills” (take THAT every-one-who’s-ever-put-me-to-shame with their vaaaaast “skills” list on their resume…you know what I’m talking about)
– Maybe lose like 30 pounds (no, I promise I don’t have an eating disorder nor would I ever promote it, this is all very honest criticism from a health, personal and career standpoint)
– Blog about my journey regularly, even when there’s nothing to blog about
– Inspire myself through this blog, if not other people

P.S. Part of becoming a great actor is by having a rich life outside of acting, so while acting is my passion and dream, I also have interests in other areas such as business and entrepreneurship that I will probably also be chronicling. …maybe I should’ve just named this The Chronicles of a Twenty-Something Female. ..Hmmmm.